I am going to tell you the story of three children who don’t each other, but whose lives and destinies are inextricably connected.

It all began one day last May when I was horrified to see this picture on Facebook: 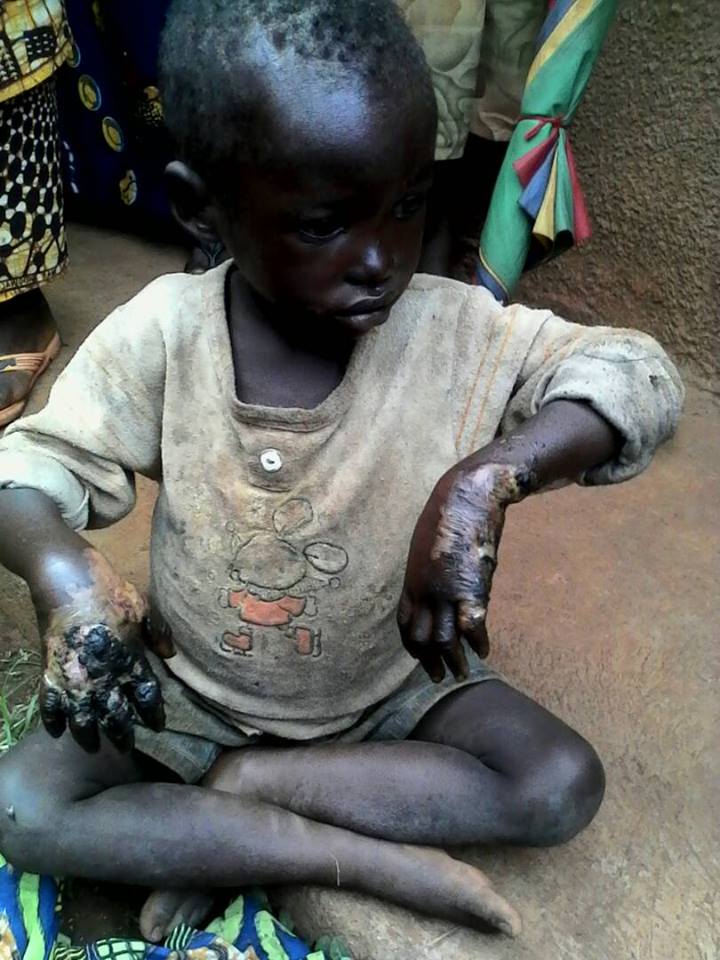 This little boy is named Irishura, and I was told his stepmother held his hands in the fire for punishment. (take a breath, she was taken to jail.)

After showing this photo to my Bible study group of powerful women intercessors, we all agreed to raise funds to help Irishura get medical care.  We were sure these terrible burns could lead to loss of his hands and perhaps a deadly infection.

And my wonderful friends rallied very quickly, praying daily, and we found a hospital in the U.S. to treat Irishura.  Then, as we began to move ahead with the plan, our contact in his country went to see him with some paperwork, and called me in shock.  He said Irishura no longer needed help.

“What?” I asked in disbelief.

I thought our phone connection had me mishearing him.  But it was true.  He sent a picture.  Irishura being held by his father. 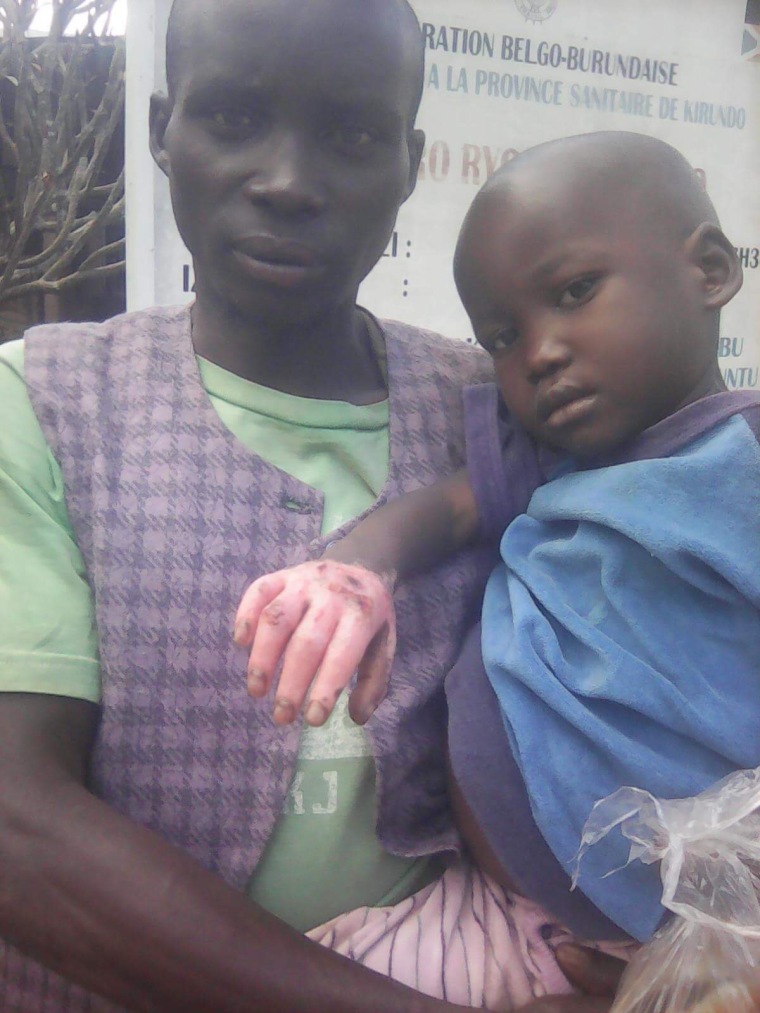 I returned to my intercessors…”Ladies, what did you pray?”

“We prayed for healing of course!!”

So there you go.

But the Lord had more to this story.  He was leading us on a journey…

The same villagers who told us Irishura was healed, told us there was another girl in a nearby village who needed help with her burned hands. 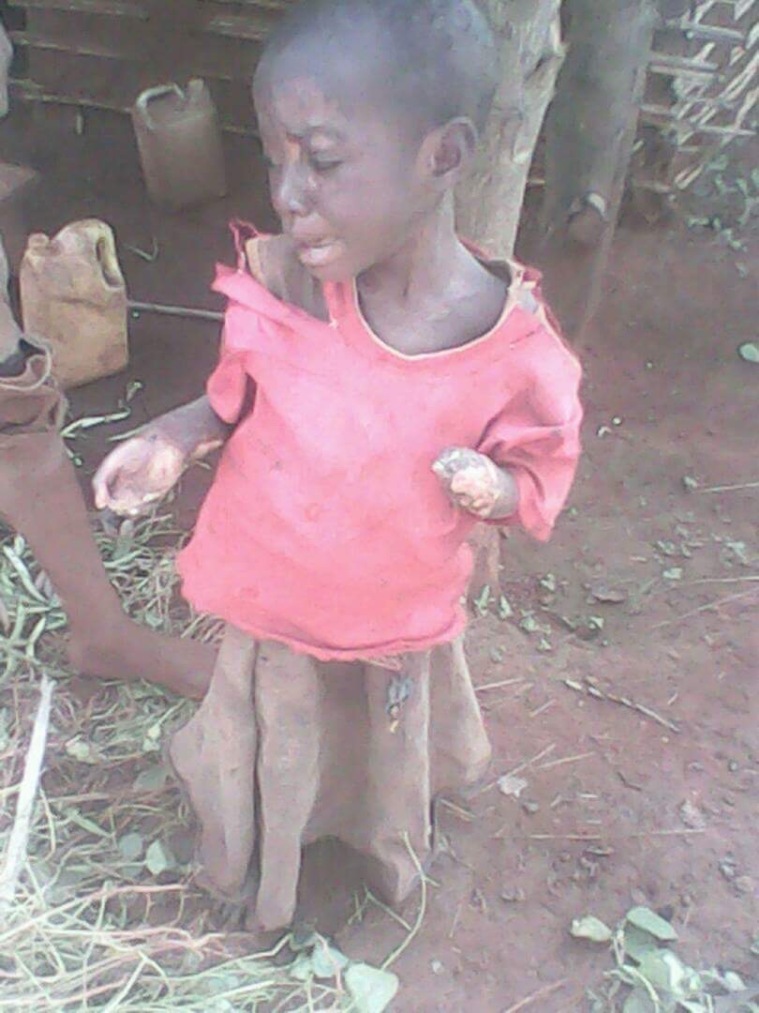 And so we learned about little Jeannine, who had fallen into the fire during a seizure. 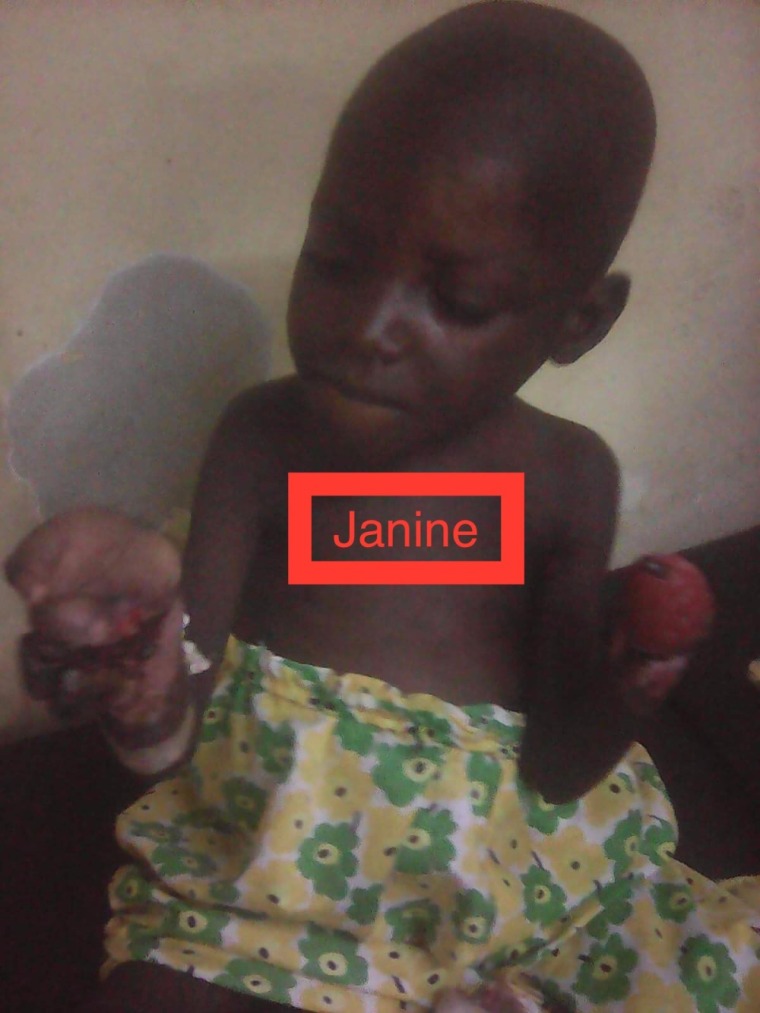 What remained for poor little Jeannine was an open stump, and suffering beyond imagination.  (These pictures are hard but so is the truth of this story.)

So we brought Jeannine to Shriner’s Hospital in Cincinnati, the hospital that had agreed to treat Irishura! 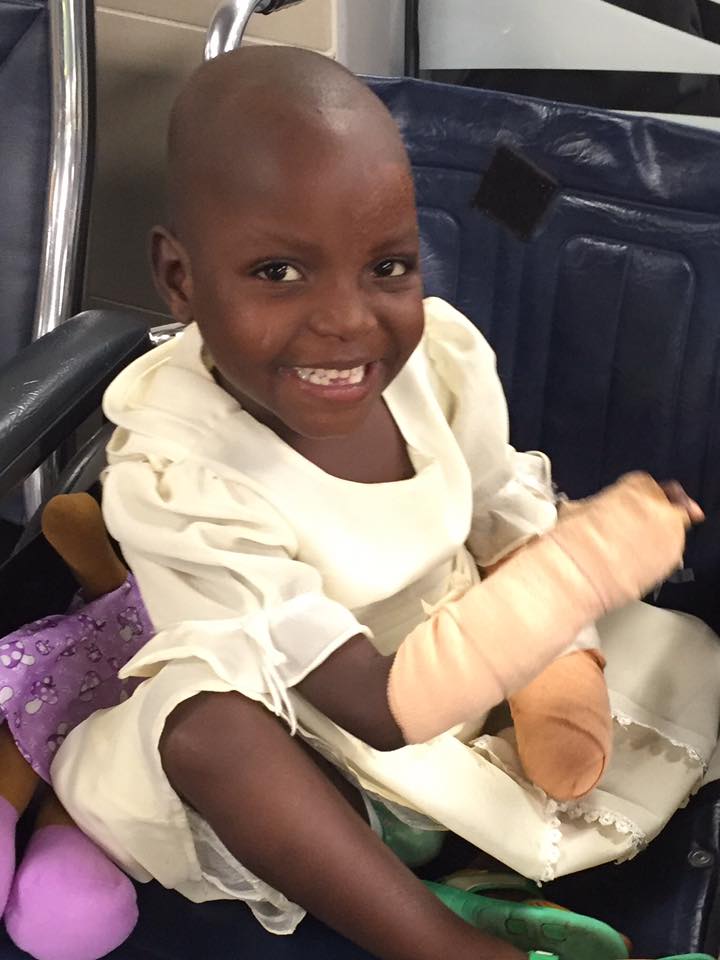 And her treatment was successful and she returned at Christmas to her waiting mom and dad. 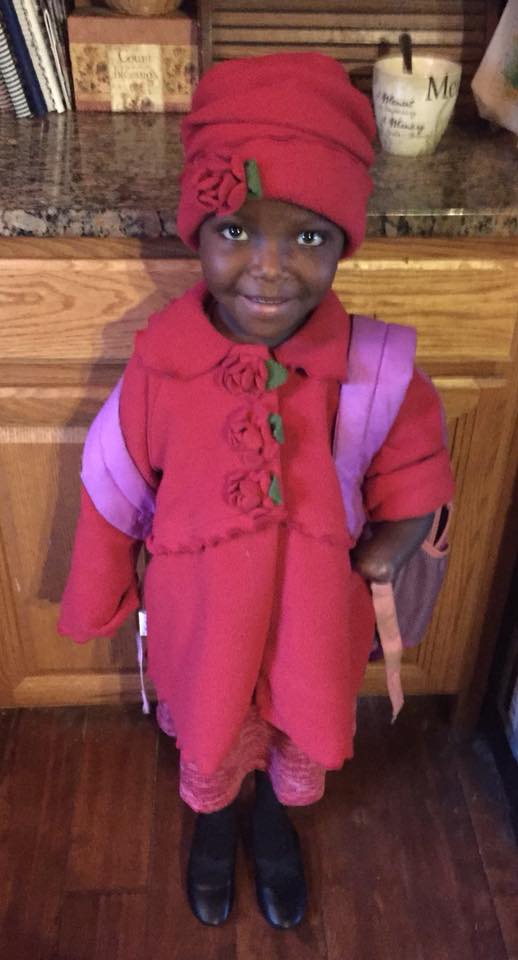 But while Jeannine had been in the hospital in her home nation, there was another little girl across the hall named Jessica.  When Jessica was four years old, she accidentally drank from a bottle that contained acid.  And she had burned away her esophagus and was unable to eat or drink.  She was being kept barely alive with a feeding tube and “mash”. 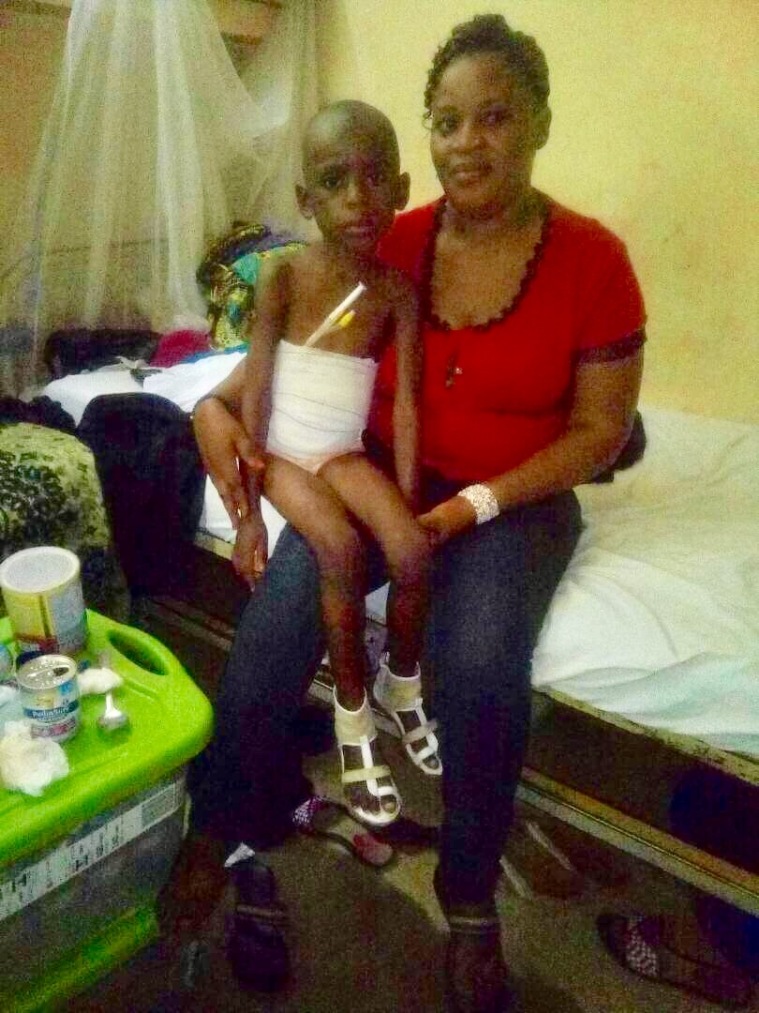 Jessica is waiting now for her miracle.

Let me be real.  At this point in the story, I was tired.  It’s a lot of coordination and fundraising to bring a child from another nation.  When the local pastor in Africa asked me to also help Jessica, I was angry at God.  “I can’t do it all God!  I’m out of donors and contacts and I just can’t” I cried to Him one night before bed.

But, the very next morning, my niece wrote me and told me about her relative at a different Shriners.  She didn’t even know about Jessica…she was inquiring about Jeannine and was mixed up!  But wouldn’t you know that this other Shriners has one of the top esophageal reconstructive surgeons in our nation.  Yep.

And just like that, God went BAM and laid out the whole plan for Jessica.

Which brings us today.  Or should I say tomorrow.  Because tomorrow is my 56th birthday and what I want is a plane ticket for Jessica (and her mom).  Before she gets sicker, before she loses more weight, before she loses hope.

And so I’m hoping if you’ve made it this far in this story, you might consider giving me $56.00 to help Jessica.  If just 100 of my friends find in their hearts to do this, Jessica and her mom will be on their way to her miracle…a new esophagus and a new life.

Here is the link to give.

Thanks for being a part of it.

Happy Birthday to me!

One thought on “Three Little Children and One Big Miracle”