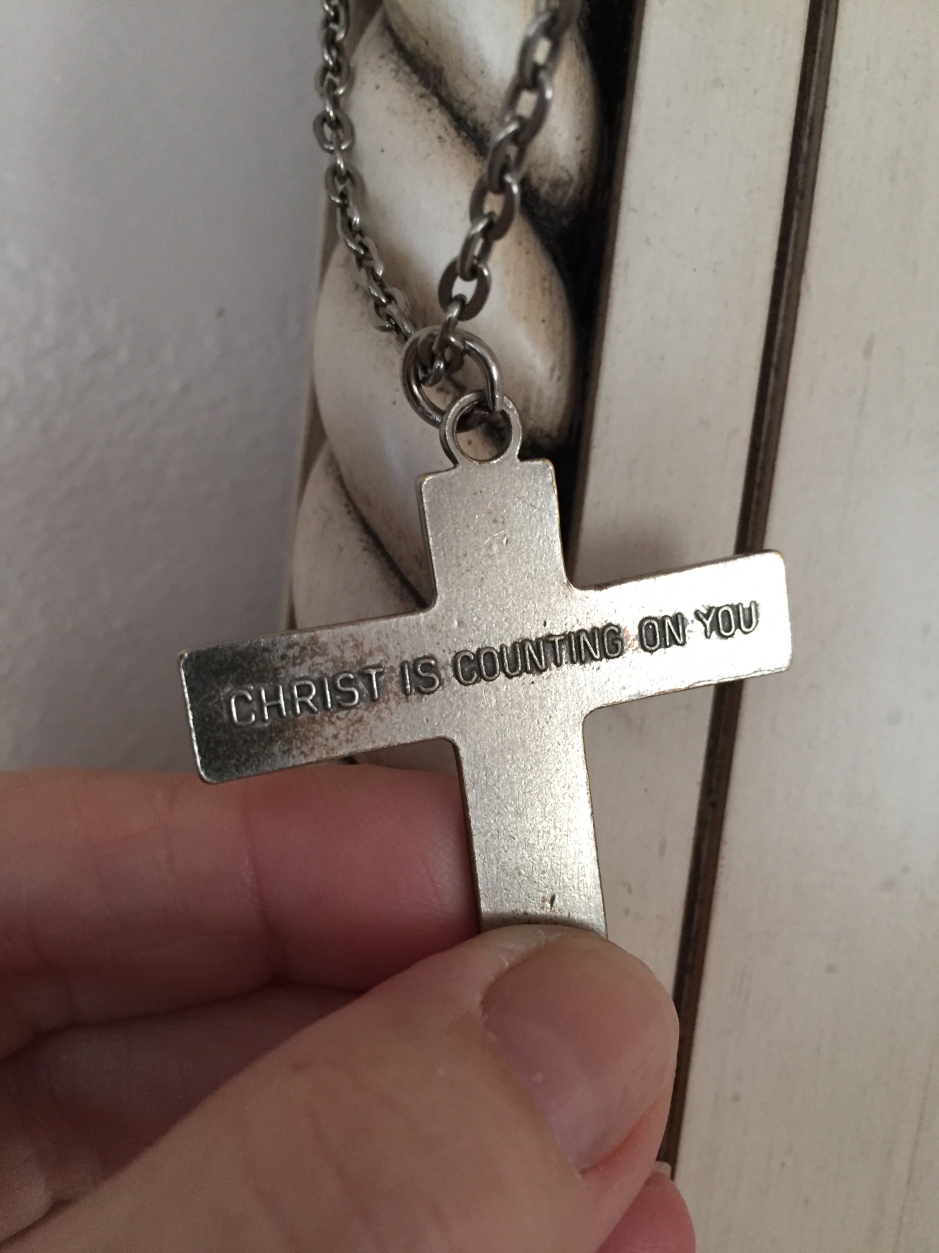 One of my goals is to tell you more of my “God Stories”, so in His unending graciousness, He started my year off with a great one.

I was invited last week to a meeting in Washington DC, that would be one of the most significant meetings I have ever attended in orphan ministry.  I did not think it was possible for me to be there, but God did a bunch of amazing things to allow me to go.

While on the short flight, I was nervous with anticipation, so I just put on my I-tunes and had some prayer and worship there in my seat.

And then suddenly I had a moment of regret, because I had forgotten my special cross!  I was given this cross in 1978 on the weekend I met Jesus.  Then I lost it for THIRTY YEARS.  And then God showed me where it was in 2007, after I rededicated my life to Him.  And it became incredibly special to me, because the back of this cross says “Christ is Counting on You.” 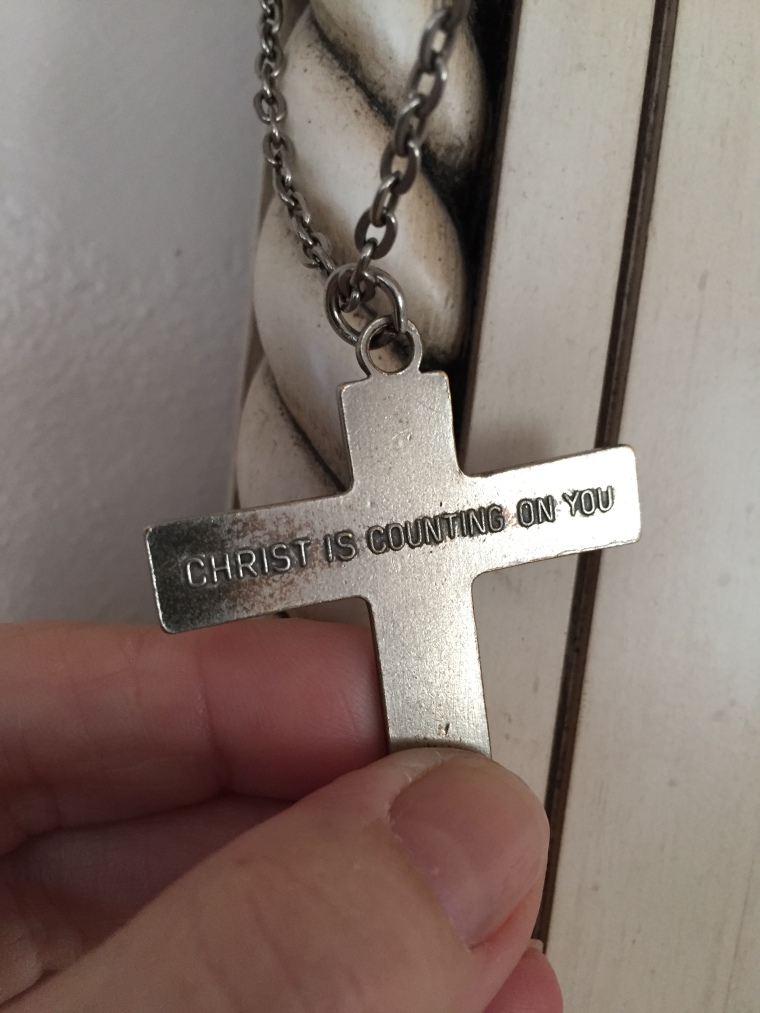 So, now whenever I speak in a church or do something significant for the Lord, you will see me wearing it.  Here I am wearing it in Uganda in 2015, (with our foster son Lawrence.)

But, sadly, on this day it was still hanging on my dresser where I keep it now. (So it doesn’t get mixed in with my massive chunky bead collection).

I was feeling so sad that I forgot my special cross for this VERY IMPORTANT MEETING.  I got off the plane, jumped in an Uber, and looked up to see a sight that left me speechless.  In FORTY YEARS, I have never seen another cross like mine.  But there it was, hanging off the mirror of the Uber guy. 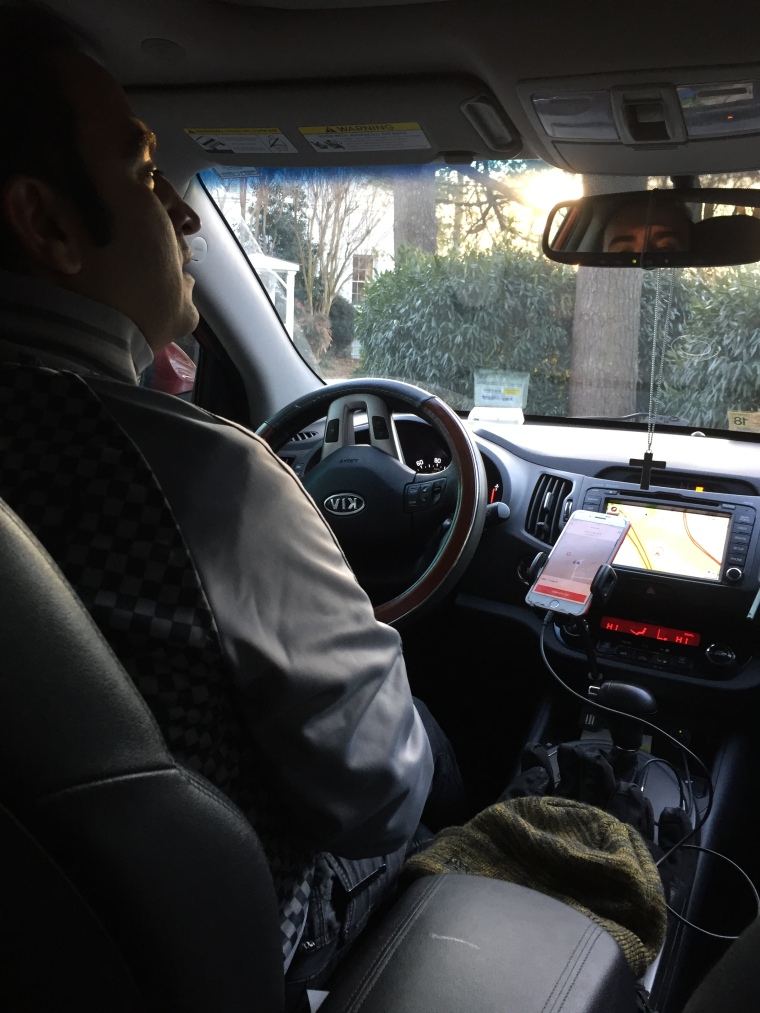 And yes, he let me hold it and yes, my hands were shaking because I couldn’t believe it.

I told him the story.  He said his cross is very old too.  And he told me his story, how his name is David and his father is Abraham and he was born in Afghanistan, and now he is an evangelist and has brought many to Christ.

My husband likes to say that sometimes God gives us a “wink,” a little sign, to show us He is listening.  But this was more than a wink. This was a big wave, a big affirmation from my Father that He hears my prayers, He is ordering my steps, and He is counting on me this year.

So, I pray that you get your own wink.  Maybe you’ve already had a great one this year…tell us about it in the comments.

Let’s all write our stories down, so we can see Him working, and as Mother Teresa said, be a little pencil in His hand.

Be brave…Christ is Counting on You.

One thought on “More Than a Wink”